In the previous post we saw there’s about a $35$% chance a given referee will agree to review a paper for Ergo. And on average it takes about $5.8$ tries to find two referees for a submission. The full empirical distribution looks like this: 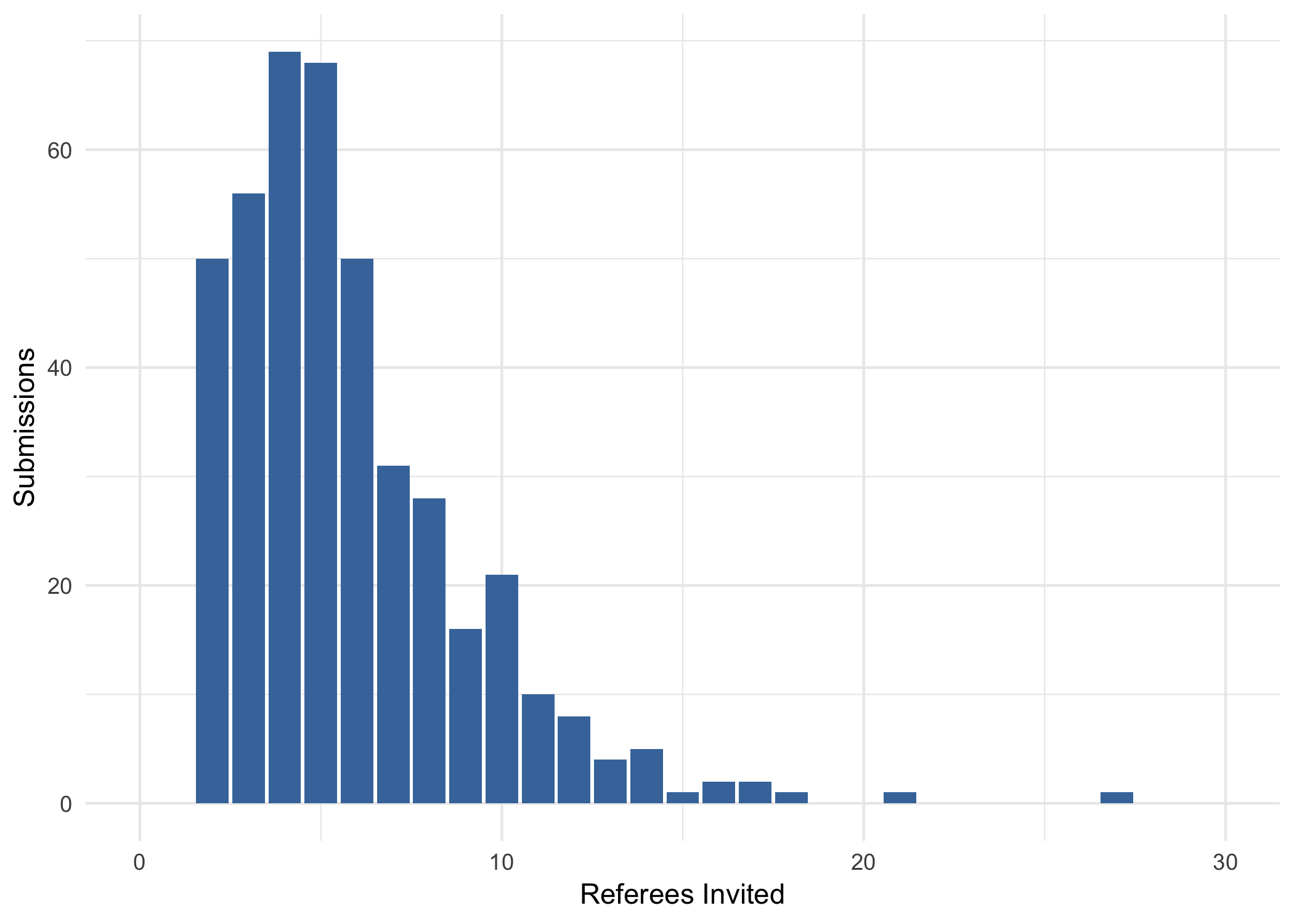 But there’s also an a priori way of exploring an editor’s predicament here, by using a classic model: the negative binomial distribution. So I thougth I’d make a little exercise of seeing how well the model captures the empirical reality here.

Contacting potential referees is a bit like flipping a loaded coin: you keep flipping until you get two heads, then stop. Our question is how many flips it’ll take to get to that point.

How about the full distribution, how well does it match the empirical reality? 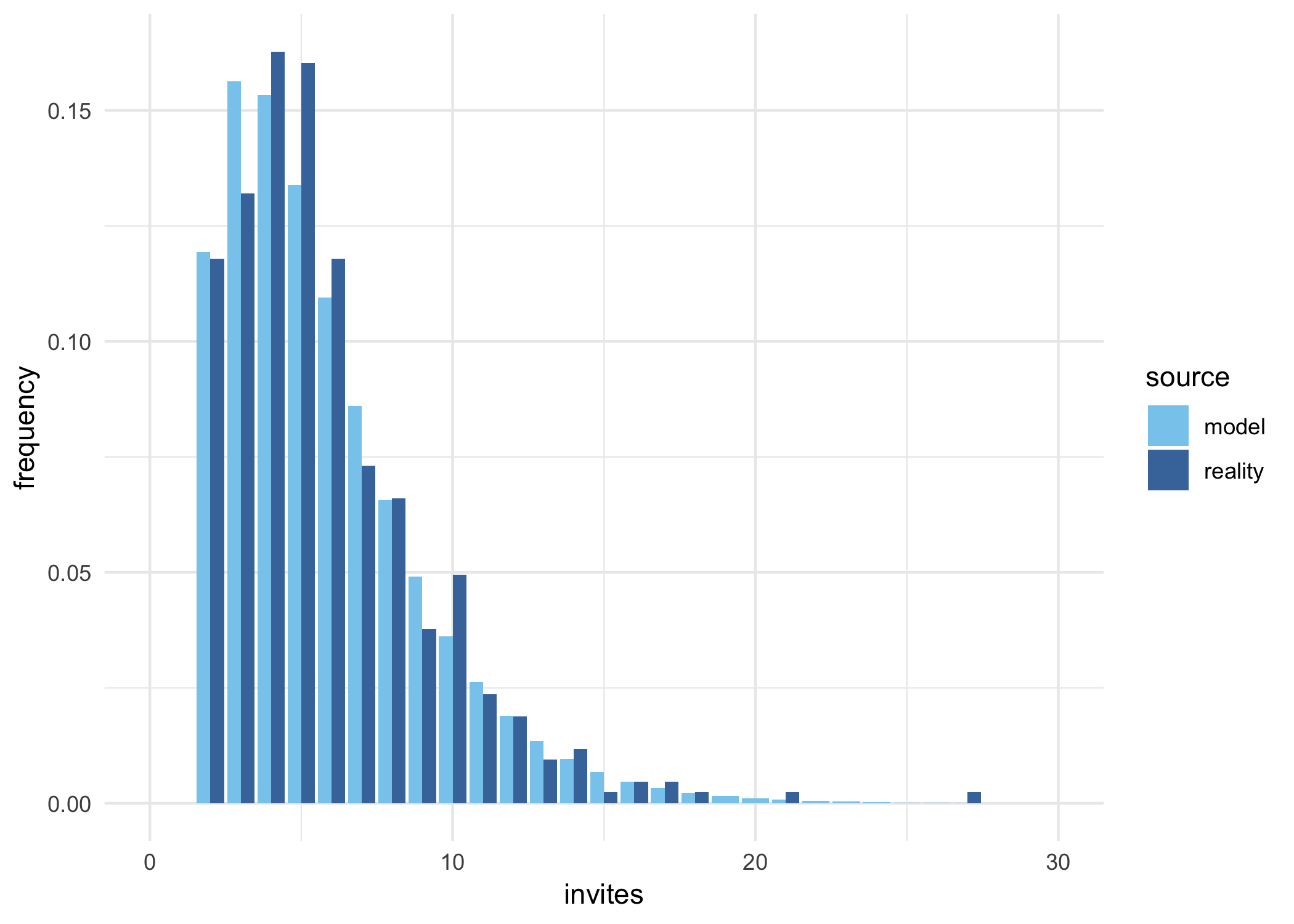 Of course, mileage may vary depending on the journal. For example, Ergo has a pretty high desk-rejection rate—about $67$%. And referees may be more willing to agree when they know a submission has already passed that hurdle.

So let’s conclude by looking at the model’s predictions when referees are more/less likely to agree. Here are the predictions for some plausible values of $p$. The mean $\mu$ is the corresponding number of invites required to secure two reviews, on average. 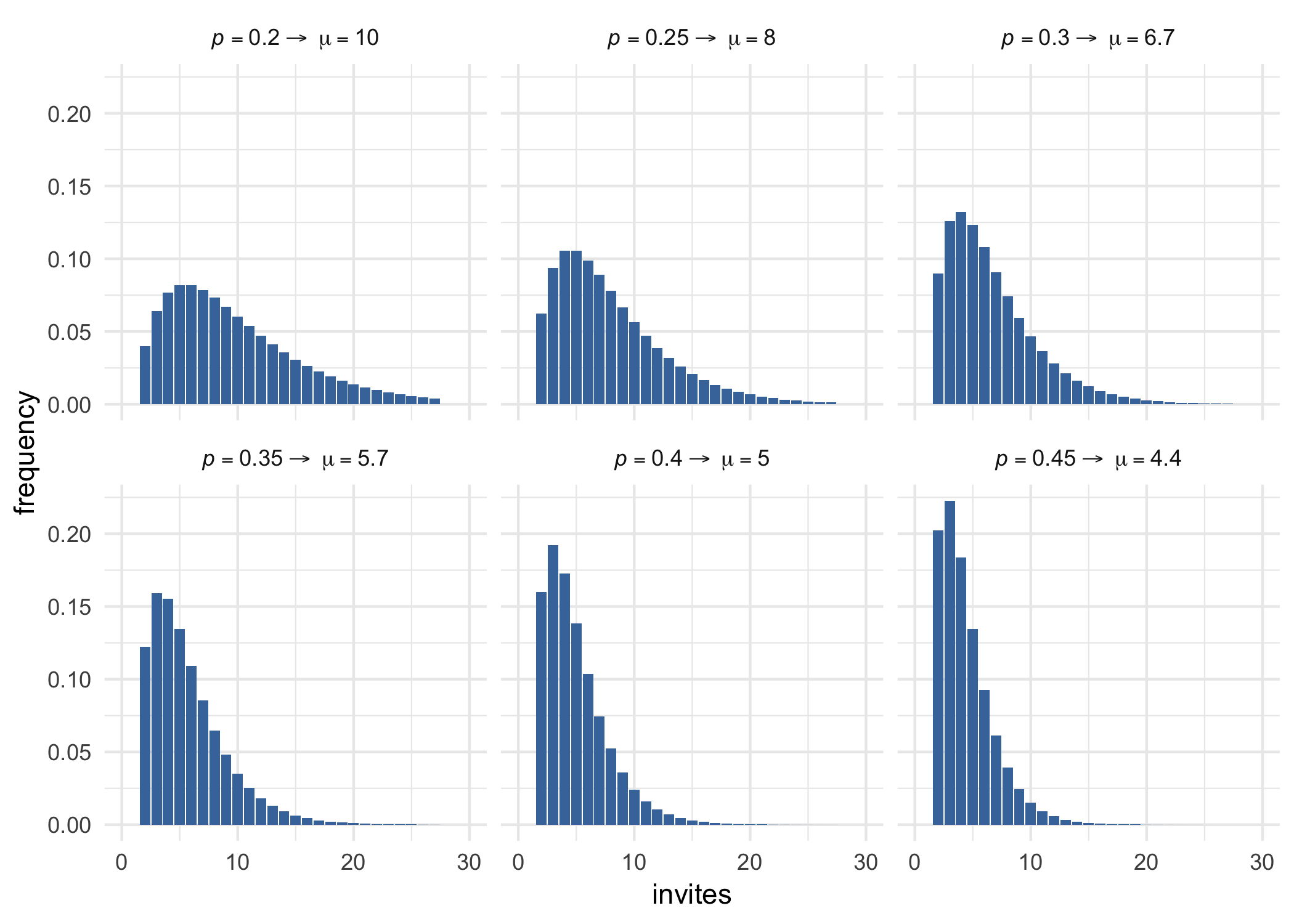 All these models assume that referees’ responses are independent, like flips of a coin, which isn’t too realistic. But given how close the model is for Ergo, it might still be good enough for other journals too.