How Hard Is It to Find Referees?

Finding willing referees is one of the more tedious parts of an editor’s job. And with all the talk about how overloaded the peer-review system is, it’s worth pausing to examine just how hard it is to find referees.

Well, at Ergo it takes on average 5.8 tries before we find two referees to review a submission. The following plot gives the full picture. 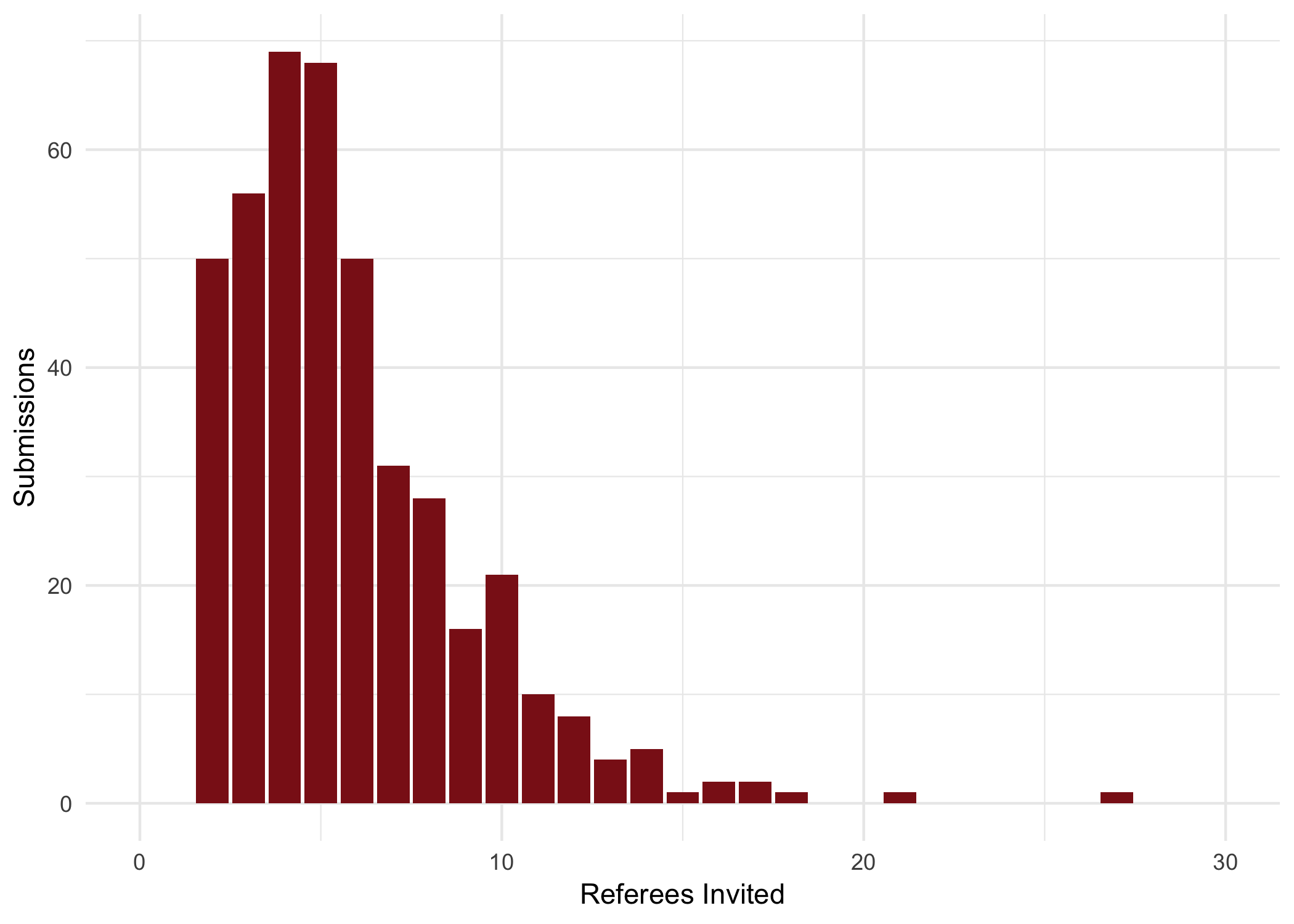 So most submissions take six or fewer invites, and the overwhelming majority require fewer than 10. But 10–15 is not unheard of. And on very rare occasions it’s taken more than 20.

A different perspective is the time it takes to find two willing referees. The average time between when the first invite is sent out and two referees have agreed is 10.8 days. Here’s the histogram: 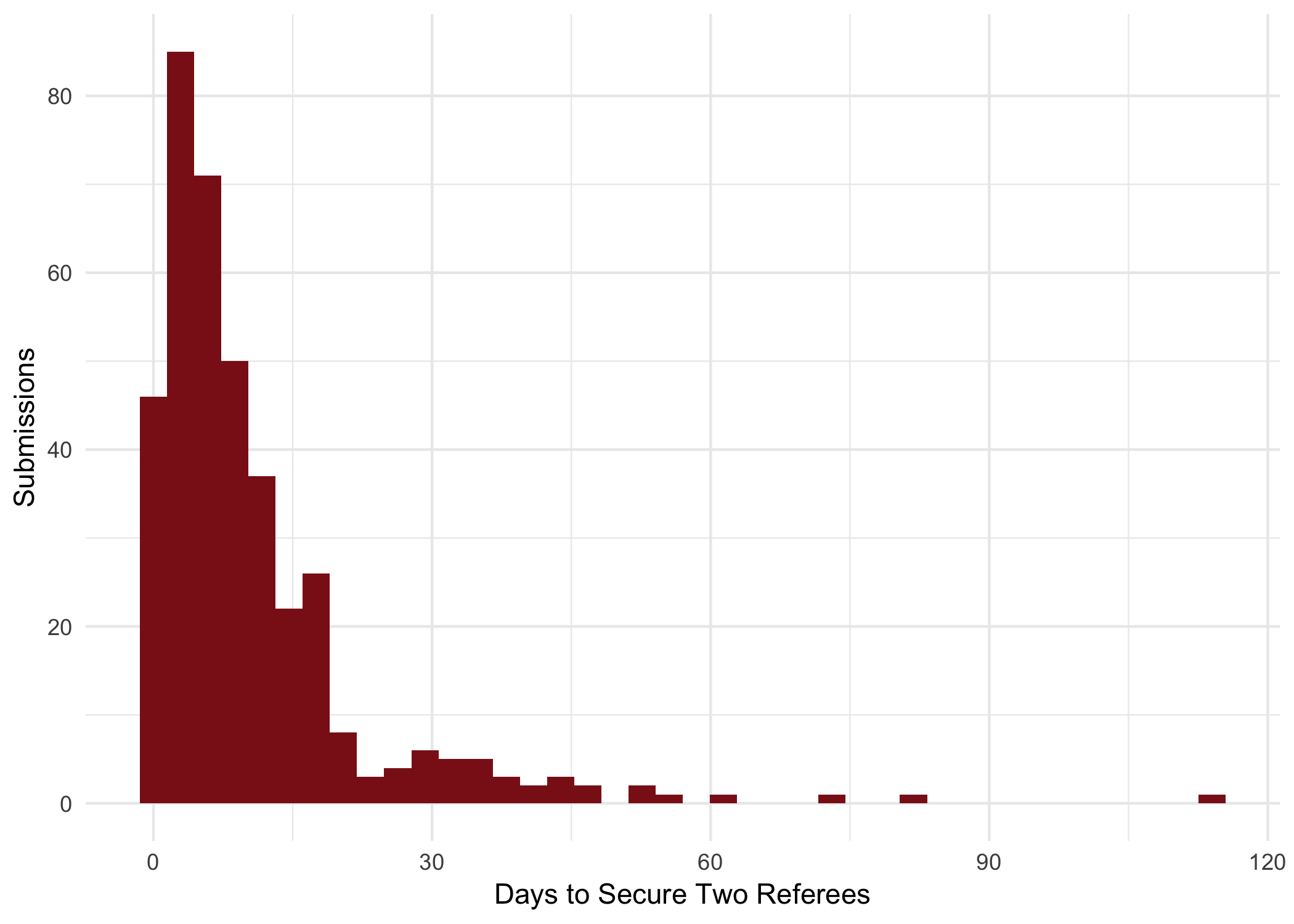 So it usually takes less than two weeks to find two takers, though on occasion it can take more than a month. And on very rare occasions it’s taken more than two months.

That’s all looking just at submissions that had two referees, mind you. Most submissions to Ergo aren’t sent out to external reviewers at all, being desk-rejected instead. But more directly relevant is that about 20% of externally reviewed submissions are rejected just on one referee’s recommendation, because the referee submits a decisively negative report before a second can be commissioned. And on some occasions an editor will even commission three reports.

So maybe the best way to look at the whole thing is just to calculate The Big Number: 35% of all invitations sent to referees end with a completed report. Which, I gotta say, is actually a lot better than I would have guessed.